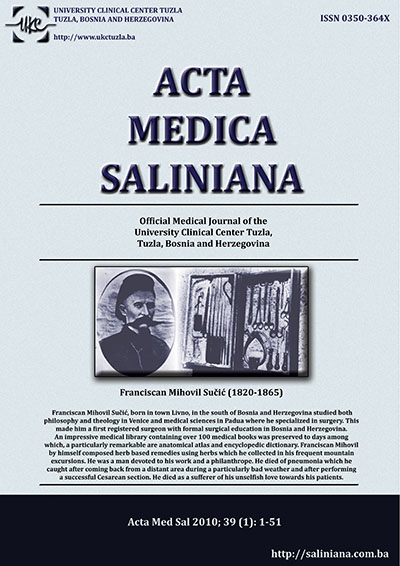 Fra Mihovil SuÄi?, born in town Livno, in the south of Bosnia and Herzegovina, studied both philosophy and theology in Venice and medical sciences in Padua where he specialized in surgery. This made him a first registered surgeon with formal surgical education in Bosnia and Herzegovina. An impressive medical library containing over 100 medical books was preserved to days among which, a particularly remarkable are anatomical atlas and encyclopedic dictionary. Franciscan Mihovil by himself composed herb based remedies using herbs which he collected in his frequent mountain excursions. He was a man devoted to his work and a philanthrope. He died of pneumonia which he caught after coming back from a distant area during a particularly bad weather and after performing a successful Cesarean section. He died as a sufferer of his unselfish love towards his patients.