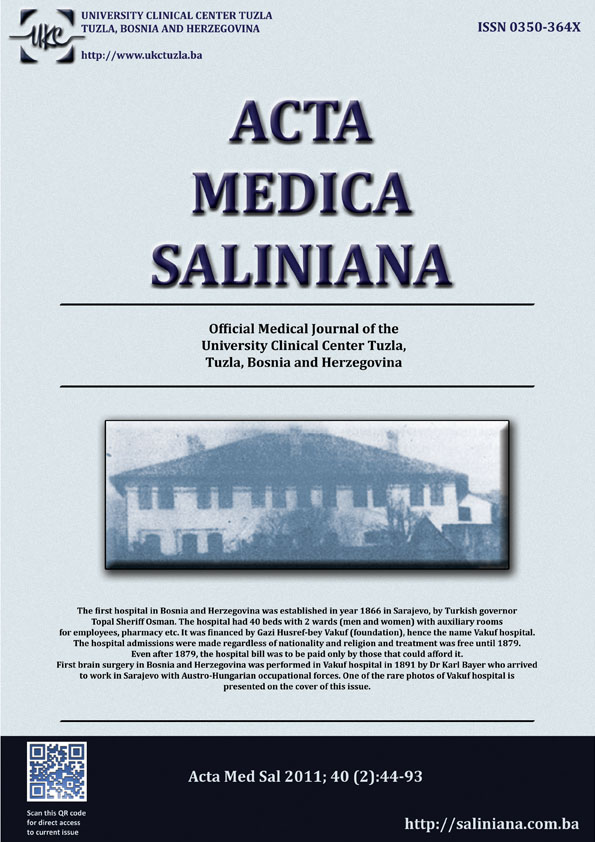 The first hospital in Bosnia and Herzegovina was established in year 1866 in Sarajevo, by Turkish governor Topal Sheriff Osman. The hospital had 40 beds with 2 wards (men and women) with auxiliary rooms for employees, pharmacy etc. It was financed by Gazi Husref-bey Vakuf (foundation), hence the name Vakuf hospital. The hospital admissions were made regardless of nationality and religion and treatment was free until 1879. Even after 1879, the hospital bill was to be paid only by those that could afford it. First brain surgery in Bosnia and Herzegovina was performed in Vakuf hospital in 1891 by Dr Karl Bayer who arrived to work in Sarajevo with Austro-Hungarian occupational forces. One of the rare photos of Vakuf hospital is presented on the cover of this issue.