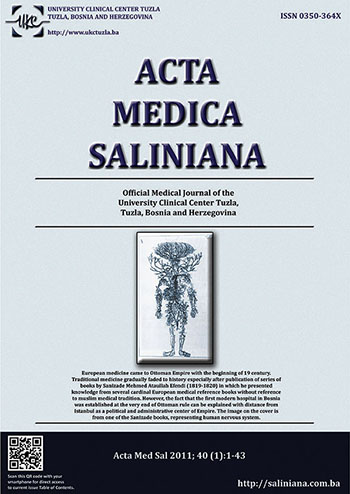 European medicine came to Ottoman Empire with the beginning of 19 century. Traditional medicine gradually faded to history especially after publication of series of books by Sanizade Mehmed Ataullah Efendi (1819-1820) in which he presented knowledge from several cardinal European medical reference books without reference to muslim medical tradition. However, the fact that the first modern hospital in Bosnia was established at the very end of Ottoman rule can be explained with distance from Istanbul as a political and administrative center of Empire. The image on the cover is from one of the Sanizade books, representing human nervous system.